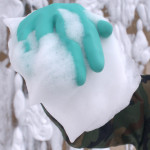 Foam is quickly becoming the tool of choice for first responders around the world. Recognized for its many advantages over water, foam is also proven to be more effective than liquid in areas such as hazmat cleanup and decontamination. Some of the benefits of foam include: Why Intelagard CAFS? A Compressed Air Foam System (CAFS) is defined as a standard water pumping system that has an entry point where compressed air can be added to a foam solution to generate foam. Compressed air, whether provided by a compressor or high pressure air bottle, propels the foam farther than aspirated or standard water nozzles. As a whole, CAFS produce a more stable foam structure than aspirated systems do. Intelagard, using its proprietary Enviroshield® technology, sets the standard for a uniform structure of small bubbles. Intelagard CAFS are unique in that:

Mold is a type of fungus that is found just about everywhere and plays an important role in nature where it breaks down plant and animal matter. Molds … END_OF_DOCUMENT_TOKEN_TO_BE_REPLACED

Please join our email list to keep up on news from Intelagard.

Join Us On Social Media

MACAW for a CAUSE – Enter Giveaway! 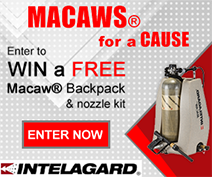 We are giving away twelve MACAW® backpacks, each valued at $6,000. Enter to win!

Please join our email list to keep up on news from Intelagard.